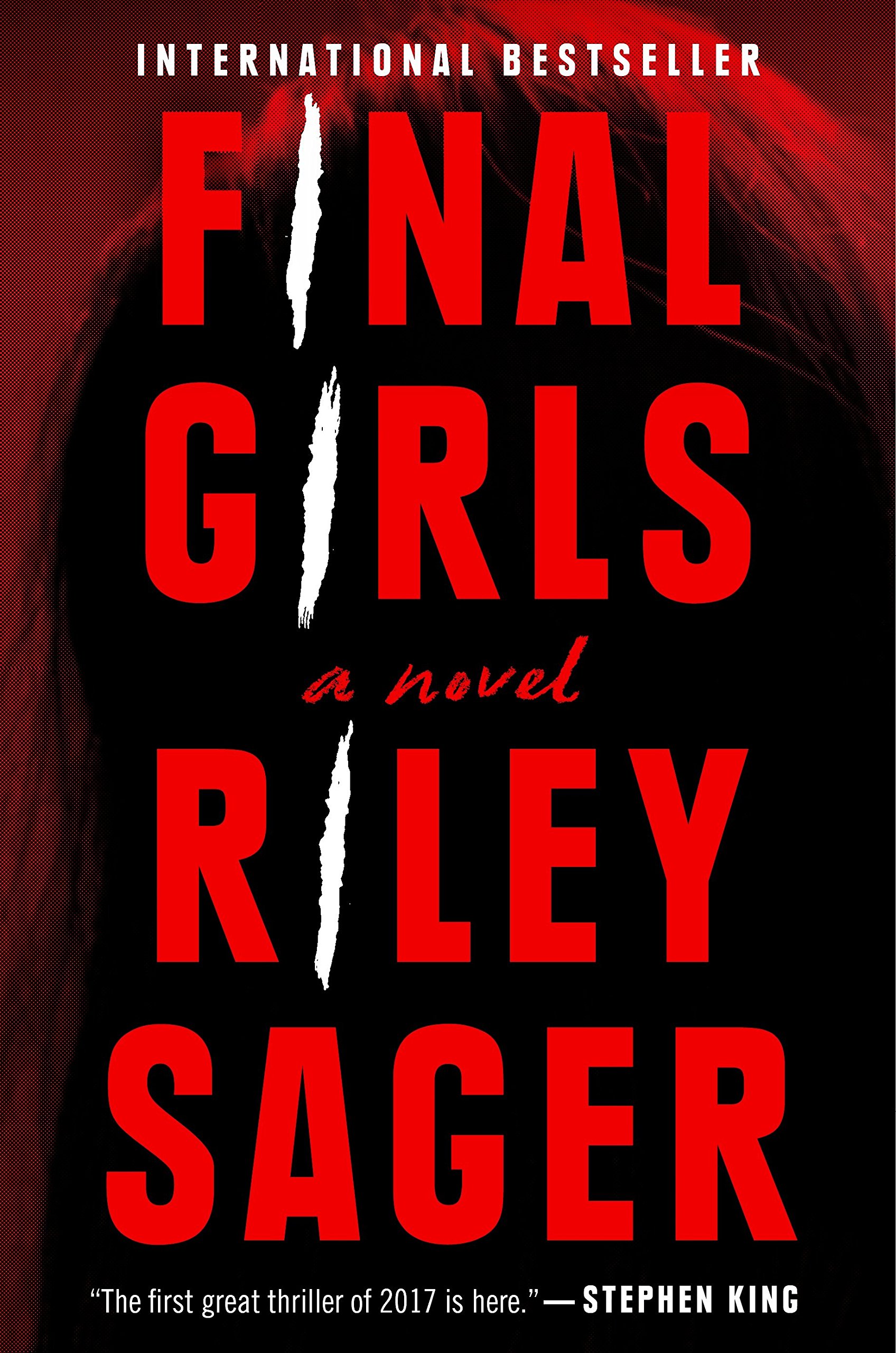 If you are a fan of thrillers, you’ve heard of Riley Sager. In all likelihood you’ve read a few of his books. Maybe you’ve read all of them. Now that I’ve finished Final Girls, I am officially in the “I’ve read every single one of his books” camp. That is until Home Before Dark comes out later this year, of course. It wasn’t just about the mysteries, the importance of setting in his books is what drew me in and kept me reading. The lake and cabins of Camp Nightingale (The Last Time I Lied). The winding hallways and gargoyles of the Bartholomew (Lock Every Door).  However, his first novel was a bit different.

Final Girls by Riley Sager tells the story of Quincy Carpenter, a Final Girl. You know the final girls. They’re part of every horror movie, the last one standing, the beauty who manages to survive the tragedy. In college, Quincy and her friends went to Pine Cottage for a weekend getaway. Instead of a weekend away from responsibility, five of her friends are brutally murdered. There are two other Final Girls. Lisa, survivor of a heinous attack that killed nine of her sorority sisters and Samantha, who took down the Sack Man at Nightlight Inn. Ten years after her harrowing experience at Pine Cottage, Quincy’s life resembles that of a typical girl. Then Lisa ends up dead and Samantha shows up at Quincy’s door. As it turns out, there are more secrets to be revealed. If only Quincy can remember everything that happened to her ten years ago.

I was certain that I was going to enjoy this book. Positive. Would’ve bet money. Now, while I did enjoy the book, it is definitely my least favorite Sager novel. All of the characters were supremely unlikable. I wanted to figure out the mystery, but ultimately, I did not care what happened to any of the characters. Even the main character, Quincy, was tedious. Her entire personality revolved around trying to get everyone around her to believe she was fine and had successfully moved past everything that happened to her at Pine Cottage. There were points in the book where I just wanted to scream “we get it!!” The rest of the characters were equally one dimensional. Samantha was rough around the edges and bitter. Coop was strong and silent. Jeff was pretentious and controlling. Snooze.

Then there was the ending. I don’t want to give anything away for those who haven’t read this one yet, so I’ll try to keep it vague. There were two twists to the story, both I saw coming ahead of time. One felt believable, but the other I hated. I wanted to throw the book across the room. It didn’t track at all with the rest of the novel. I know twists are supposed to come out of nowhere and surprise you, but they should at least track with the story in some fashion. Characters shouldn’t do a complete 180 in personality without a little lead up. In my eyes, the ending just didn’t make any sense.

Ultimately, I was interested in the mystery and that was enough to drive me through the book. I wanted to know what happened to Lisa and why. I also really wanted to understand what happened at Pine Cottage. However, the lack of setting and any real character development kept this from being exceptional and gets three out of five stars from me. Worth a read, but don’t let this one steer you away from reading the rest of Sager’s novels, which are outstanding.